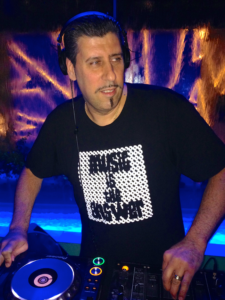 Victor Simonelli’s name is synonymous with the cutting edge of the Dance Music scene.

Simonelli is one of the New York’s finest and most prolific DJ’s. He was also one of the early pioneers of the unique NYC underground dance music movement that has now become a phenomenon it its own right and religiously followed by the clubbing faithful the world over. A producer/re-mixer, song writer, record label owner, and highly sought after DJ, are just four facets of this multi-talented young man.

His discography of production, writing. mixing and editing credits reads like a “Who’s Who!

Victor’s love for music began as a youngster growing up in Brooklyn, New York. At a young age he was intrigued by his father’s huge record collection of jazz, blues,electronic,disco,new age,rock,soul,classical,new wave,ethnic, and world music. His parents could see he was talented at an early age and encouraged him to listen to all kinds of music. With this encouragement, Victor took lessons in piano, drums, guitar and bass, as well as voice lessons. But something was missing.I liked trying all of the instruments, but nothing really grabbed me.By the age of 11, he began tuning into NY’s Radio Mix Shows on WBLS, WKTU and WXLO, (which later became WRKS,98.7 Kiss fm) and this is where he discovered the art of mixing. When I started spinning – I just simply got lost in the music,” Victor said.

Victor’s career as a DJ started at the tender age of 13, assisting his father, and within a year he started spinning at mobile parties and suprise celebrations, as well with some romantic Valentine’s day gift parties. It was here that he learned his craft and began to develop and fine-tune his ear for music noticing what tracks to play and which ones had the greatest effect on the crowd while he was spinning. But once again, something was not right, “I wanted to not only mix the music,” Victor explained, “but I wanted to create the whole production”.

Attending and graduating from the ‘Centre For Media Arts’ was the first step in that direction. In 1987 Victor took a job working at Shakedown Studios, owned by the legendary producer, Arthur Baker – a breeding ground to the likes of David Cole, Robert Clivilles, Danny Krivit, Benji Candalario, Albert Cabrera, Junior Vasquez, and Bobby Konders , to mention but a few. Victor started his internship at the studio and it was not long before his unique talent was discovered and he was given the opportunity to produce, mix and edit a wide range of projects for artists including: David Bowie, Will Downing, Talking Heads, Quincy Jones, Deborah Harry, Sinead O’Connor and Al Jarreau. In late 1988, Victor merged with Lenny Dee to form the Brooklyn Funk Essentials, a remix/production team that worked on projects for Pajama Party, Denise Lopez, Arthur Baker , Robert Owens , New Order. Lenny had arrived at Shakedown after working for Nile Rodgers (lead member of Chic),Skyline studio, as an intern. It was at this time that Victor completed one of his first productions on Criminal Records. His productions for Criminal, Vendetta and other labels such as Fourth Floor and Nu Groove began to get him noticed. It was not long before a line of labels across New York were beating a path to Victor’s door such as Strictly Rhythm, Eightball and Maxi to mention but a few.He began to collaborate on Projects with other Producers as well , such as Danny Krivit , Satoshie Tomie , to mention but a few and Simultaneously he signed a management deal with 23 West and went on to join a roster that boasted Masters At Work and C&C Music Factory. He then moved over to Def Mix and was joined by Frankie Knuckles and Dave Morales and continued to work with Nu Groove and Fourth Floor. 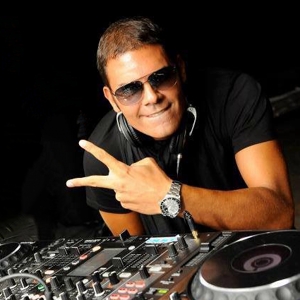 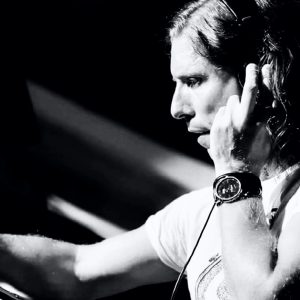 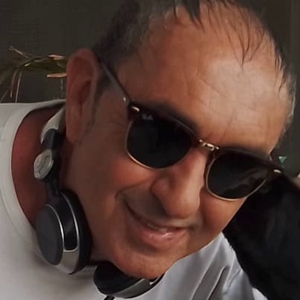